What is the EPA

The Environmental Protection Agency (EPA) was established in December 1970 by
an executive order of United States President Richard Nixon. The EPA is an agency of the
United States federal government whose mission is to protect human and
environmental health.

What does an EPA certified wood stove mean? 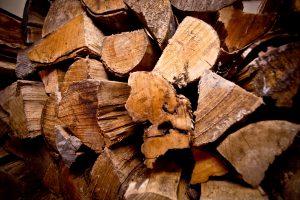 What are manufacturers doing to meet the new requirements?

With new guidelines coming in 2020, manufacturers are redesigning many of their wood burning fireplaces and stoves completely. Some are adding combusters to give you longer burn times and more controlled heat well others are reducing the burn times and meeting the new guidelines but burning hotter. Some companies have been able to meet the requirements for quite some time now.
They have stoves produce less than 1.67 gram per hour.

EPA is American, why does it matter to us in Canada?

The United States has such a huge market that over 63% of wood-burning stoves and
fireplaces are sold in the USA. This is a huge market, so manufacturers need to
consider this. They don’t want to have to build a stove for one country and a different
one for another. In most cases, Canada does adopt the same regulations as the United
States. The change will likely affect Canadians later and more gradually.

What about the stove I have installed now?

EPA does not apply to stoves that are currently installed in homes; It just means that
new stoves purchased after the May 15th, 2020 need to meet all requirements for the
new EPA regulations in the United States.

What by-products are produced from burning wood?

In conclusion, stove manufacturers are changing their stoves to meet the new standard.
Dealers in Canada may still have stock of wood-burning products that meet the current
standard, and they are safe and efficient and legal to sell. The new standard will not
affect your current wood-stove. To find the best wood-burning stove for your application,
talk to your local dealer to understand, shorter burn times vs. Catalytic combustor or
hybrid designs. Many people are trying to buy current technology before the new rules
take effect. You needn’t worry about parts for the current stoves as manufacturers carry
parts for stoves for many years.

Submitted by The Original Flame inc.

The Original Flame was the best to deal with – right from ordering the part, to installing.Very professional – the technician even went above and beyond and cleaned our gas fireplace after installing the new part. Great service, would recommend them to anyone that needs their fireplace fixed plus they were the only ones in town that could find me the part I needed, without trying to sell me a brand new fireplace. Thanks Original Flame.

Just a quick note to say Thank You for excellent products and service.

Many Thanks to Karen for eagerly helping arrange for complete warrantee satisfaction with Regency Fireplaces.

Thanks to Regency Fireplaces for promptly responding to our need and providing us with a replacement stove that’s even better than the one we’d enjoyed for so many years. We’re totally impressed by their customer care. We’ve always been a fan of Canadian made Regency products; their responsiveness and prompt assistance when needed is simply the cherry on top!

Thanks too to David and Rhys for your professionalism and efficiency on installing and flue sweeping. You made what seemed a big job go so smoothly!

As a consumer, being satisfied by any product we use daily makes life a little nicer; knowing there are good people behind it who are keen to provide excellent product support and service makes life all that much better.

Many Thanks again to you all.

Dealing with The Original Flame was a great experience. We ordered everything by phone not even having had the opportunity to visit the showroom due to time and being in Toronto while our cottage is in Apsley. Dave was terrific to deal with and the product and delivery was better than we could have hoped for having met them only on installation day. They were on time, installation was professional and very clean. We would have no reservations recommending them.

Professional, friendly, courteous, knowledgeable. Michele did not try to sell us something we did not want, she listened to our needs first. The job was completed quickly and to a high quality.

We experioenced a friendly atmosphere and exceptional service! (hard to find these days)

The service was really great at The Original Flame. Our installation was very professional and they even fixed up a mess left from another company. The fireplace is gorgeous!

We chose The Original Flame mainly because of the professional, yet friendly manner and the extensive knowledge of the products. The fireplaces were professionally installed with no problems or messes left behind.

This company always proves to be the best in product knowledge, customer service and listening to our needs. We will always deal with The Original Flame – 4 years later!

We experienced excellent customer service and installation and have since recommended The Original Flame to other family members. Thanks to Michele & staff!

Michele is knowledgable about her products and values her customers. She is always available to help with all of your fireplace and woodstove needs.

Visit us for full service, from purchase to installation and ongoing service. Our family wants your family and friends to come together around the fire for years to come.

Find your perfect fireplace where warmth and style meet. Get in touch with us today.